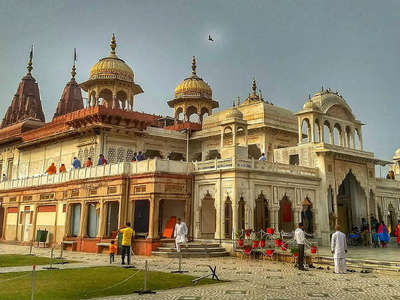 located at 182 kms southwest of jaipur, it was founded in 1348 and is best known for its krishna temples. the fort, which was constructed over different period, is about 600 years old. the fort was the residence for the royal family until 1950 and is now occupied by monkeys and geese. the geese were used in the early days as warning system against any intruders. they still seem to be doing their duty. the bhawar vilas palace, which is owned by the descendents of the royal family and resembles a large manor, is a hotel now. the rooms are comfortable and good meals are available. karauli is best connected by bus or taxi from jaipur.