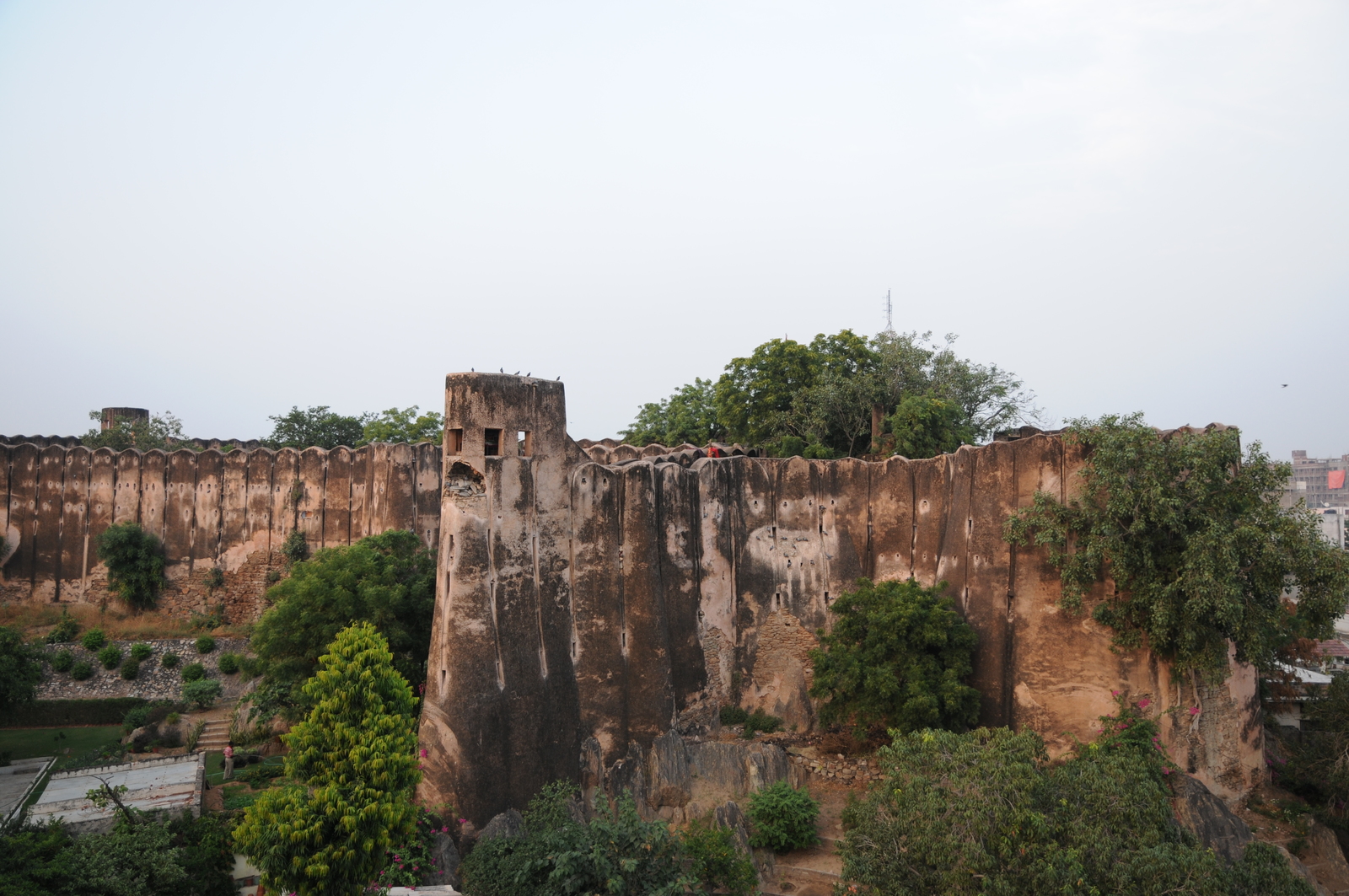 abhaneri is a village about 95 kms from jaipur on the jaipur-agra road. a detour is well merited for its amazing step wells or 'baoris' and harshat mata temple. according to a legend, the village is so called because the goddess harshat mata who is shown portrayed in a joyous mood is believed to spread brightness or "abha" all around. the village's original name was abha nagri, and its name today is abhaneri.it is believed that the celebrated king raja chand established the village. on the other hand it is felt that the mythological raja chand could be king bhoja, who ruled over the gurjar kingdom in the ninth century ad. the ruins of the temple also speak of the 10th century architectural and sculptural styles. there is a huge tank named "chand baori", opposite to the temple fortified on all four sides with bastions for defence. even though abhaneri is now in ruins, the place has a distinct reminiscence about itself. it is best approached by road - buses that ply between jaipur and agra.